The best activities in the Thessaloniki area

The best activities in the Thessaloniki area

From hilly mountains to sandy beaches: the region of Thessaloniki has it all, and there is so much to explore. So which areas and attractions should you visit? We know a lot about this area, and that is why we have defined the six most beautiful places and the most enjoyable activities near Thessaloniki. These suggestions will help you plan your trip. 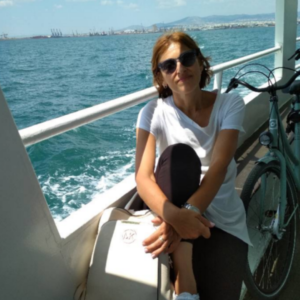 Pereia has a beautiful beach with restaurants, beach bars, and sun beds. You can easily relax here for the day, and the boat trip itself is a fun activity. The boats sail from May to October. There are two boarding points in Thessaloniki: one at the harbour and one at the white tower. A single ticket costs EUR 5 per person and there is a bar onboard where you can order water and other drinks. The route passes the harbour of Thessaloniki, Aristotelous Square, and the coastline. After fifty minutes, you will arrive at Pereia. Here you can enjoy the cooling water and lovely bars. The last boat leaves at 8 pm.

TIP: Take the last boat back so you can see the beautiful lights in the city.

2. The six monasteries of Meteora

Meteora is located 150 miles from Thessaloniki. This area is on the World Heritage List, and deservedly so. The cloisters are on the hills, and in two of the six monasteries, the monks live according to the monastic regime. The other four monasteries are places of interest. You might also recognise the monasteries of Meteora from the James Bond film: For your eyes only.

All six monasteries are accessible by car and easy to find. It is a three-hour drive from Thessaloniki. There is plenty of place to park, but because it is frequently busy in the parking areas, you can also choose to change the car for a scooter.

You can either choose to stay in a hotel in Meteora overnight, or to join a (day) excursion. With the day excursion, you travel to the destination by bus. The price is +/- 60 EUR, and the duration of the excursion is eleven hours.

TIP: In the monasteries, it is mandatory to wear covering clothing. Women must cover their shoulders and knees. And if you forget? Then you have the opportunity to buy a shawl for 2 EUR. Men are not allowed to wear shorts when visiting the monasteries. 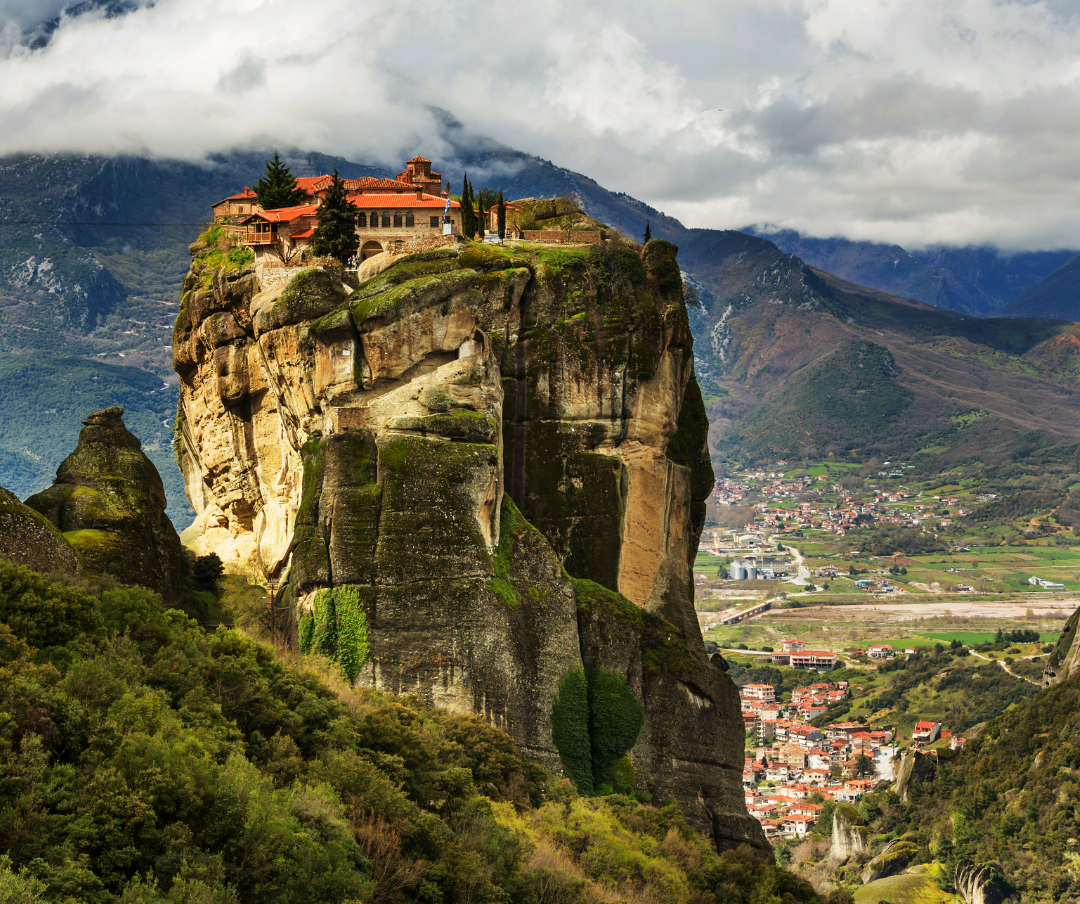 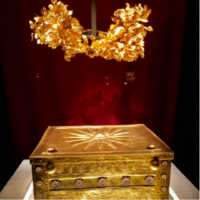 In Vergina, you will find the history of Northern Greece. Here you can visit several royal tombs that were discovered in 1978. The museum is located in a mound and includes tombs of Philippus 2. Also, the father and son of Alexander the Great are buried here. The museum is a 60-minute drive from Thessaloniki. You can also join organised day trips to Vergina.

The lake is located in a nature reserve, and it is a paradise for bird watchers. You can expect to see anything from pelicans to flamingos, and more. In addition to bird watching, you can take a boat trip, walk, canoe, cycle, and ride a horse.

The quickest and most inexpensive way is to travel by car. It’s a two-hour drive from Thessaloniki.

5. Athos, the third finger of Chalkidiki 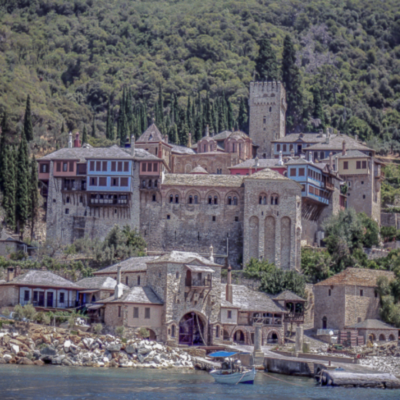 Athos is also on the World Heritage List. Here, you will find twenty monasteries that are home to 1500 monks. The monks still use the old Julian calendar, which is thirteen days behind ours. In addition, Avaton’s law applies here. This law says that women are not allowed to enter the island. Female animals are not welcome either, except for chickens. Athos is open only to men and with permission. Such permission is usually granted only in relation to ethical goals or for study purposes.

As a tourist, you can take a boat around Athos. Let’s meet in Thessaloniki can arrange this for you. In Ormos Panagias, you get on the boat and sail along the peninsula. From the boat, you can see the monasteries and houses where the Monks live. A guide will tell you about the history of Athos while you are on board. The excursion lasts from 07:00 – 19:00 and costs +/- 60 EUR. It is also possible to travel to Ouranoupoli by yourself. Two boats depart from the harbour at 10:30 AM and 1:30 PM respectively. This trip takes you along the peninsula in three hours. A ticket costs EUR 20 per person (EUR 10 for children between 7 and 14, and free for children under 7). You can buy the tickets at the Athos Sea Cruises office in Ouranoupoli. 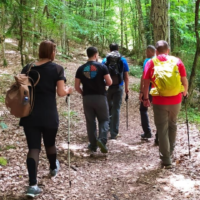 The Olympus Mountains are near to Thessaloniki. Within an hour, you are at the home of the 12 Greek Gods. Mount Olympus is the highest mountain in Greece, at a height of 2917 metres. Hiking, mountain climbing, cycling, and horse riding are a few examples of the activities you can participate in here. And if you want to enjoy the area for longer than a day? Then we recommend spending the night in the mountain village of Litochoro.

TIP: In Litochoro, you will find the National Park museum. This is a great museum with information about the flora, fauna, and history of the Olympus Mountains. 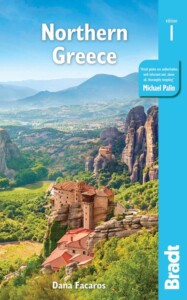 Would you like to know more about the surroundings of Thessaloniki and Northern Greece? Then check out the following book, which is full of background information.